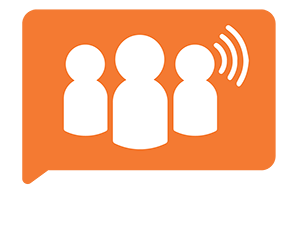 Because Business is About People.

Our mission starts with fixing and optimizing all of your online technical assets (website, hosting, email, G Suite, social media accounts, etc.). It continues with making sure your entire Internet footprint is Google compliant & adheres to established guidelines. And while we’re at it, our creatives will insure your brand is consistent throughout your entire Internet footprint.

Our roots date back to the pre-internet days as a commercial printing firm. Our first websites were developed in the earliest days of the internet using hand typed HTML code. Today we develop and manage the latest content management systems. Internet technology has come a long way, and we have been engaged in it since day one. 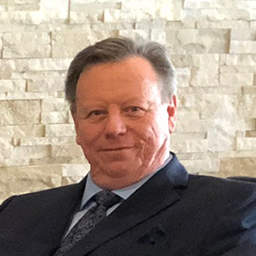 Don has been in the business since the earliest days of the Internet, setting up BBS (Bulletin Bord Systems) in the late 80’s. He pioneered SEO techniques for first search engines, such as AltaVista, WebCrawler, Excite and others. Don devotes much of his time in research to ensure our clients are using the latest practices and are adhering to the most recent Google Webmaster guidelines. He is also an expert in Internet architecture and web hosting. Don Powell is the President and Founder of Social Power, Inc. He loves boating, micro-brews, business networking, playing billiards and spending time with friends & family.

Bri graduated from Washington State University with Bachelor’s degrees in both Strategic Communication and Fine Art. Bri is a dynamic and determined project leader. She has a keen eye for detail and the ability to keep everyone at Social Power motivated and engaged. Bri has an immense love for learning and an endless desire to explore new ideas. She uses her knowledge of advertising and passion for design to create unique world class branding and social media content for all of our diverse clientele. Whether it be through strategic planning, client collaboration, or qualitative research – SHE GETS THINGS DONE!

Scott graduated with a degree in Applied Technology from Clover Park Technical College in 2017. In June of 2017 he began his employment at Social Power Inc. With an emphasis on Search Engine Optimization (SEO) and the ability to create and apply digital graphics, Scott brings his knowledge and a “can do” attitude to Social Power everyday. New challenges and opportunities for learning are something Scott enjoys. In his free time, Scott is a graphic artist, a painter, and musician. With a family at home that supports and inspires him, Scott greets every day head on with a smile. 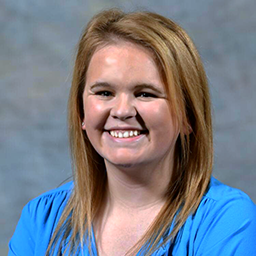 Christina graduated from Washington State University with a Bachelor’s degree in Strategic Communication, majoring in Advertising and Communication Technology. Christina is always searching for the most effective way to communicate a message. Through the use of different social media platforms, she is able to make sure that the right audience is being reached. Christina’s desire to learn and her go-getter attitude makes her adept to handle the ever changing world of social media. When Christina isn’t writing blog posts or creating content for social media, she is cheering on her Cougs and Seahawks, and spending time with friends and family.

Steve earned his degree from Carnegie Mellon University, and brings his extensive background in Web development to the Social Power team. He has completed web projects for notable clients as diverse as Oregon Public Broadcasting, The Oregon State Parks, Motorola, Mitsubishi Motors, Rogue Ales, The National Science Foundation, Intel-based startups, and many, many others. When not typing furiously, Steve can be found chasing Pokemon with his daughter, exploring wine country, and riding two-wheeled vehicles.

We found this material at Delanos Coffee, and it really spoke to our team. So we have adopted it, put our own flavor on it, and made it our own.

In a field with such advancing technological complexity trust often is all our clients have to make decisions. Being honest with our clients and vendors and making fair deals breads loyalty both ways. At Social Power honesty starts at the top and is pervasive throughout our company, and every team member goes home feeling good about the days services rendered to our clients.

Give our clients more than they expect.

Under promise and over deliver will always win the day! When other companies in our space promise you the moon, we just give you realistic expectations. Then do our best to exceed them when we can.

Be creative and resourceful.

People love to see things new and interesting. Being creative and resourceful helps lead to engagement!

More than just being frugal, optimizing financial resources leads to better efficiency and competitive pricing for our clients.

Given the rapid pace of change and technological advancement in our business, continuing education is a must. A significant percentage of time is devoted to it. We also deploy cross training between personnel in different departments. This helps mitigate bottlenecks in operations, and brings synergy in the design and function of our client’s finished products.

Adopting change and new methods is part of our culture at Social Power. This helps keep us competitive, and insures our clients have the latest and best practices with their online presence.

We are good at communicating about complex technologies and systems in ways that business owners can understand. This helps decision makers make choices that are best for their business and needs. But good communication goes beyond the tech. It embraces foresight and frankness at the risk of being the proverbial bearer of bad news.

Overcoming technological obstacles and challenges present wins almost daily for our team members. These equate to successes for our clients, and present opportunities for regular recognition.

Protect and maintain our commitment to quality.

Doing the best we can, and applying the extra effort to make things look and function great are the cornerstones of quality.

Be friendly and have a sense of humor.

Social Power is a fun place to work, and our staff loves to have fun. And when our personnel aren’t funny enough, our wonderful collection of clients provide endless opportunities for humor. We just like to have fun!

Serve our community and each other.

Helping others, both in the office and in the community, represent important opportunities that we often enjoy.

Give us a call to get answers to your questions